The main battle for the future of the planet is being fought in the atmosphere. It is not science fiction, but a palpable reality if we think about the effects of climate change that we are already suffering. To be victorious, we need resources for CO2 monitoring. For this, nothing better than images obtained via satellite. We tell you why and how to get it.

If you are minimally connected to the present, you will have noticed the growing concern about the effects of CO2 emissions into the atmosphere. Especially in recent months, after a scorching summer in many areas of the planet.

This has not been just a perception, but the data collected by the European Copernicus program show that Europe experienced the highest average temperature since records have been kept. Something logical if we analyze the fact that CO2 emissions have grown by 90% since 1970.

The climatic situation is affecting people’s health. In fact, according to the World Health Organization, between 2030 and 2050 global warming is expected to cause approximately 250,000 additional deaths per year.

What is being done to reduce CO2 emissions?

Faced with this worrying situation, governments have activated mechanisms to mitigate these effects by attacking the root of the problem, such as CO2 emissions.

Proof of this commitment are the United Nations Climate Conferences of the Parties (COP), whose twenty-seventh edition was held in Egypt on November 6.

In the United States, the Senate passed the law on climate change and health. With an investment of 64,000 million dollars, it intends to reduce greenhouse gas emissions by 40% before 2030.

All these plans have in common a not insignificant technical challenge, which is that the impact of the actions involved must be precisely measured by quantifying the CO2 levels.

These measurements must be localized, as well as automate them as much as possible. Fortunately, they have a very valuable resource that makes things much easier for them, such as satellite images.

Why opt for high-resolution satellite images for CO2 monitoring?

When we talk about images captured by satellite, many only think of those that reflect the earth’s surface, that show us the street map of a city or the weather map itself.

But satellites also have the potential to be able to measure the amount of CO2 present in the air. And, in addition, to do it in a very granular way, quantifying the molecules per square meter of this gas.

This option offers much more extensive coverage and can be updated much faster than surface measurements.

With this, it is possible to generate a history that allows comparing its evolution month by month or week by week. It is even possible to make predictions days ahead, similar to what is done in meteorology.

To all this we must add the fact that these observation techniques allow us to locate and better understand the behavior of CO2 sources and sinks, which is essential to understand their natural cycles and the human influence on them.

For governments and public administrations at different levels, this knowledge is very useful in order to establish policies and measures aimed at improving the quality of life of its citizens. For example, through rearrangements that affect urban mobility.

Some CO2 monitoring initiatives with satellites that you should follow closely

Given the advantages provided by satellite image monitoring of CO2 concentrations, there are numerous initiatives for this purpose. Among the most outstanding, we can mention:

It is important to highlight that these do not work in isolation, but that there are projects in which they join forces thinking about the global good.

For example, there is ESA’s Greenhouse Gas Climate Change Initiative, which generates a time series of data from these by merging data sets from these satellites.

It is also worth talking about the ‘CO2M‘ initiative (Copernicus Anthropogenic CO2 Monitoring Mission). With it, CO2 emissions will be tracked at the scale of individual “super emitters” such as power plants, cities, refineries and factories. Something that has already been shown to be possible. So in 2025 or 2026 the EU plans to launch the first satellites for this mission.

How to easily automate the CO2 monitoring: measurements and control

At Imageryst, we provide you with a platform with which to automatically extract relevant data from satellite images, such as CO2 concentrations in the atmosphere. And all this without the need for technical knowledge.

With the platform itself, you select the area and the attribute to analyze, such as CO2, and the period of time you want to track.

Subsequently, it recommends the best image for this specific case, in such a way that you do not need to know the multitude of satellite images that are available on the market.

Once the information is processed, you can upload it directly to your trusted GIS system.

As an example, the following images show a real case study in which we monitor the CO2 in a specific address in the United States during different months:

In this way, you have within your reach a path tailored to the needs of the actors involved in a challenge that will define our future. And at Imageryst, we are very proud to put our two cents into it.

Do you want to know more about our platform and technology? You can contact us whenever you want, in addition to requesting a demo. We would love to meet you! 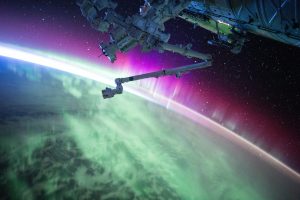 We use cookies on our website to give you the most relevant experience by remembering your preferences and repeat visits. By clicking “Accept”, you consent to the use of ALL the cookies. However you may visit Cookie Settings to provide a controlled consent.
Cookie settingsAccept
Manage consent

This website uses cookies to improve your experience while you navigate through the website. Out of these cookies, the cookies that are categorized as necessary are stored on your browser as they are essential for the working of basic functionalities of the website. We also use third-party cookies that help us analyze and understand how you use this website. These cookies will be stored in your browser only with your consent. You also have the option to opt-out of these cookies. But opting out of some of these cookies may have an effect on your browsing experience.
Necessary Always Enabled
Necessary cookies are absolutely essential for the website to function properly. This category only includes cookies that ensures basic functionalities and security features of the website. These cookies do not store any personal information.
Non Necessary
Any cookies that may not be particularly necessary for the website to function and is used specifically to collect user personal data via analytics, ads, other embedded contents are termed as non-necessary cookies. It is mandatory to procure user consent prior to running these cookies on your website.
Save & Accept